< Prospector
View source
watch 02:52
Roblox: DeepWoken - The Loop
Do you like this video?
Play Sound

Norton Campbell, also known as the Prospector, is one of the36 playable Survivors added to Identity V. This page is a compilation of story content and Lore for this character.

All completed Objectives reward the player with +335 Logic points for the Logic Path. After the character's deductions are completed, their Worn Clothes will be available and their diaries unlocked.

The in-game documents for this character include:

The Biography for Norton Campbell is obtained from the Character Relations menu.

Campbell survived a terrible mining accident, but his coworkers weren't as lucky. The disaster did not break him, but he became even more reserved and gloomy.

With the meteroite magnet obtained from the accident, he changed his profession and became a geological surveyor to make a better living and to get away from the darkness of the mines.

Translated from original Japanese by Pascal [3]

Norton Campbell in the eyes of others was always someone hard to deal with, whose emotions were as changeable as the weather. But all knew that he worked tirelessly to break free of his impoverished fate, and this intimidated them. When he fortunately survived a terrible mining accident, nobody came to hear out his experiences during the time. All they did was give him a few token words of comfort, and then they gave him a wide, wide berth. Norton himself never once brought up the terrible experience again, only silently polishing the large chunk of magnetic ore he received in the accident into a tool for prospecting metals.

Eventually he gave up manual labor, and became a prospector. But his personality became all the more extreme, at times gloomy and depressed, while at times explosively hot tempered and avaricious. Rumor has it that the magnets disturbed his brain, or that that terrible mining incident tangled him up inside. But one thing never changed. He always sought out chances to change his fate. When the invitation to the Manor appeared before him, those incredible sums of wealth looked to him like his next stepping stone! Come on, how could a ‘game’ be any darker than that mining incident?

Deduction 1: Efficiency
On the surface, Norton the Prospector was hardworking and kind. He would even take the time to visit the elderly who lived alone.

Deduction 2: Sharing
In secret, Norton was looking for valuable mines by all means necessary, but all in vain. He became more and more extreme and even planned to use explosives in mine caves.

Deduction 3: Lucky
Norton survived a mine explosion that disfigured him.

This page contains the letters received after completing all quests part of the Prospector's Birthday event (March 20) each year. They are removed from the player's mailbox in a week.

Why did you leave without saying goodbye and disappear?

I just can't stay in this dump any longer.

I'm dreaming of returning to the mines day and night, looking for that sparkling gold ore.

You wouldn't have gone by yourself, would you?

Don't leave me behind, I beg of you.

What kind of person are you behind your polarized facade?

Even to an old man... You wouldn't trick an old miner who'd spent half his life crawling in mines, right?

Norton, my good boy, show some respect to your father. Don't leave this old pal behind.

Keep the transportation receipts! Lease to be renewed. Find another place to stay upon return.

(New handwriting)
Such a large amount of money!

I've never seen so much money before, not least in a mine. I'm sure many people will risk their lives to grab it!

This is simply unfair. The poor find it difficult to lead a comfortable life, while all the rich need to do is wave their banknotes around.

Over the last 20 years, I lived like a rat in the gutter. I spent days under the ground in the dark just so I could earn a minimal living. Scars from the blasts crawled all over my face like maggots. The constant scorn and ridicule... I endured it every time just so I'd get a chance to climb up the ladder.

It's ridiculous how much effort I put into this—anyway, I've finally managed to crawl out from the rat hole. I no longer have to pick and pull on the disgusting ash. Those who did nothing but laugh at me deserve to stay underground and be stepped on like maggots forever.

I and only I deserve that money! Think about it, Norton Campbell. There won't be a better chance. Such a simple "game", such a generous employer. Clear an obstacle and you'll get a load of money. Isn't this much simpler than what you used to do?

No life is more precious than others. Just think about that woman, think about how arrogant she is!

Get rid of her before she takes any action!

According to the letter, Norton swindled an old friend of his father to acquire clues about a gold mine.

The Last Page of the Notes

The notes recorded a transaction: Norton is contracted by his employer to assassinate woman for a sizeable payment.

Every letter comes with 30 Fragments, and depending on how many years the player has participated and completed the Birthday Event would determine which letter they receive and the extra reward. 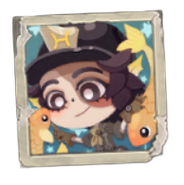 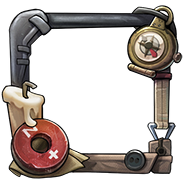 Norton Campbell's diaries are not yet released.

The Character Relations menu shows how certain characters are connected and how they feel about each other. It also contains other personal information on characters that cannot be found anywhere else. It can be found in the Notebook, under the "Clues" tab. Prospector's connections to other characters are as follows[7]:

We can gather who was in a canon Manor Game together by information in Letters and Diaries, and very occasionally from character quotes during events.

Edits to this table can be made here.

The below article or section(s) contains speculation, analysis, or theories which may include unconfirmed information.

When adding content, use references to link or explain legitimate/official supportive evidence for specific theories, otherwise it may be removed.

Norton was a boy who lost his parents at an early age, forcing him to work and learn how to take care of himself while still young. He became a miner, but due to conditions of that time, this didn't earn him very much. Norton was desperate to change his fate and live a better life, resulting in him learning and working harder than most others, which "intimidated" those around him. Even so, he persevered, and soon he was able to improve his reputation despite the mockery of those in the mines, due to his efforts at work which earned the respect of the superiors and his visits to the elderly.

Eventually, Norton met Benny, an old miner who was once a friend of his father. Benny shows him a list of 13 locations, of which there might be gold in the stone of the mine. As Norton had been doing everything he could to find valuable mine locations in order to quickly get out of poverty, he took the list and began searching the locations. In impatience, after 12 of the 13 mines came up empty, Norton set off dynamite in the last location, which caused the entire place to collapse. Everyone except for Norton died, and even he was left with burn scars on his face and body.

As he recovered alone in the hospital, he refined the piece of meteorite he had obtained into a magnet, which he used to change professions from a miner into a geological prospector where he obtained his desired stability, but not the immense wealth he dreamed of. His personality changed after the incident, causing him to swap between gloomy and depressed, or hot-tempered and avaricious. When he received an invitation to the manor, he jumped at the chance of earning a fortune.

Events at the Manor

Norton was one of the last to arrive at the Oletus Manor, his game being one of the last ones that was held. He was hired to kill a certain woman (suspected to be the Entomologist) however, he was seen in his diaries writing down how much of a horrible woman the person he was hired to kill was. This may mean that the woman was actually horrible, that Norton has a skewed sense of reality and percieves certain actions as arrogance, or Norton was psyching himself up for an act he didn't want to carry out[8]. When the group went to the Forest of No Return, he was soon seen punching Melly while she was distracted by something and knocked her out, potentially seeing her as a hunter due to the drugs the survivors had taken. As the game continues on, he seems to be trying to actively target the "Little Girl", potentially to protect her or potentially kill her, however, the Novelist, under the effects of the same drugs, sees him as a hunter who is actively trying to hurt the two of them. His actions eventually seem to awake Orpheus' evil side and in his desperation to protect the "Little Girl", he snapped and was depicted severely injuring, potentially killing, Norton.[9]

Community content is available under CC-BY-SA unless otherwise noted.
Advertisement